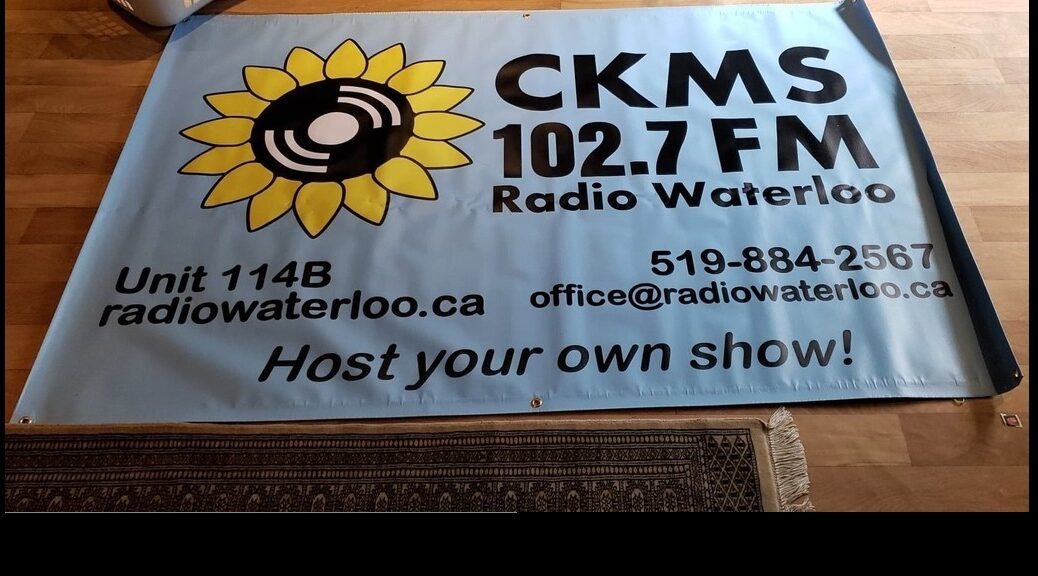 Do you need a gift idea?

If you need an idea for giving, then buy a “host your own show” certificate. Your gift recipient will get to host a half hour show of content they like. They pick the music and what they want to talk about.

If a friend needs a gift idea, then suggest a certificate for that birthday or office exchange.

Want a unique team building package for your office team? Buy a bunch of certificates.

Do you want to support community radio? Then buy a $25 membership to Radio Waterloo and you get a half hour show where you are the host.

Whatever your motivation… you’re supporting community radio and have the unique chance to be on the air at CKMS‑FM 102.7 radiowaterloo.ca for $25, at the same time.

To purchase HYOS gift certificates buy a membership or contact the Programming Committee at progcom@radiowaterloo.ca

If hosting your own show has given you the radio bug, you can start your own regularly scheduled show! 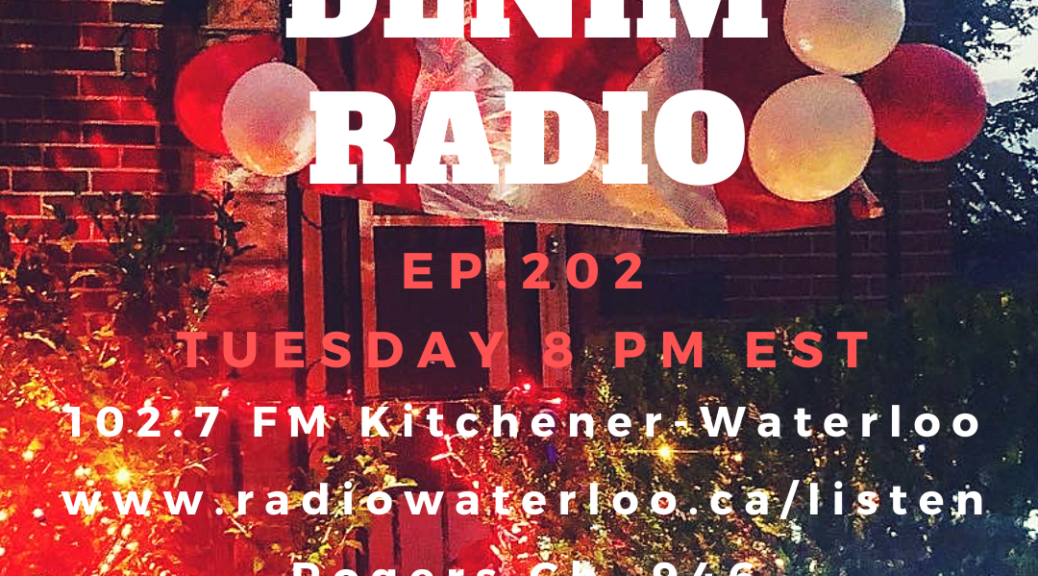 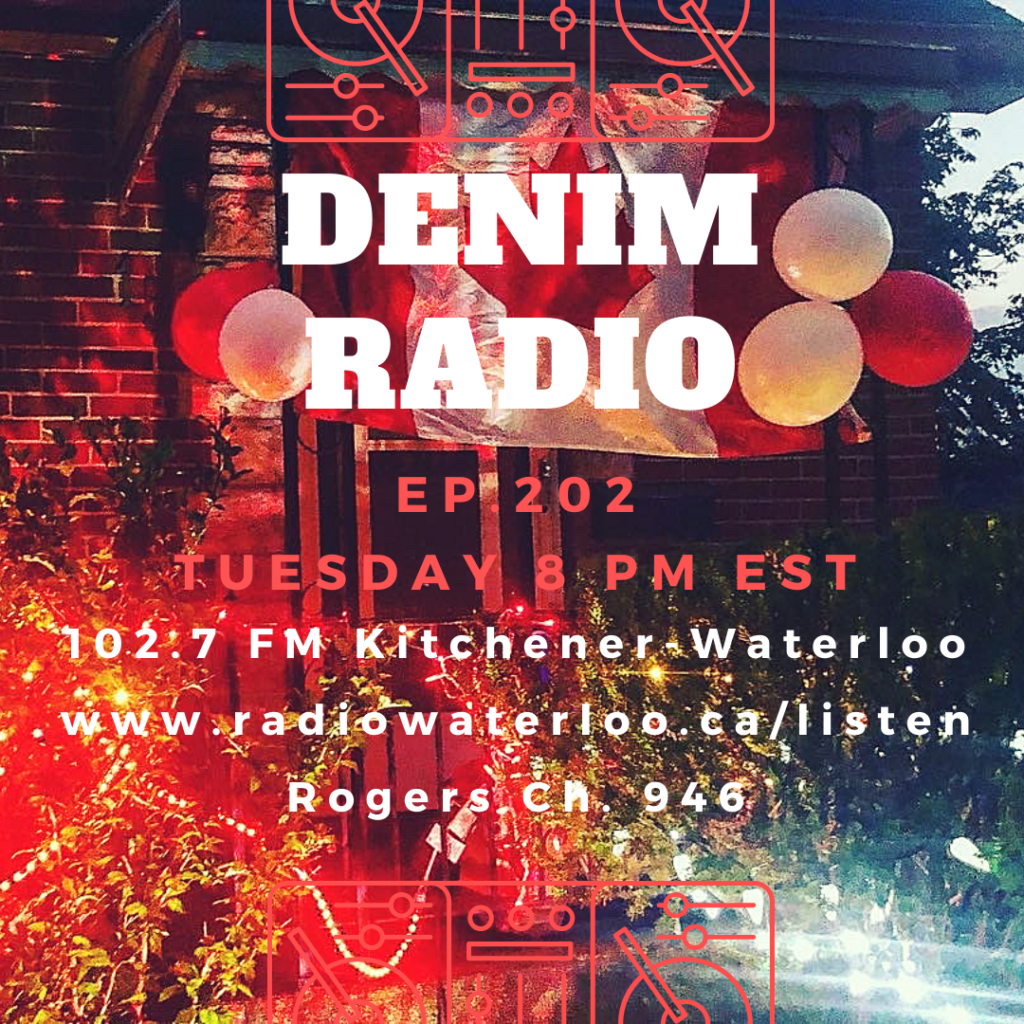 We featured the Audio Boffins new album I&II on Mano A Mano while doing our NBA fantasy draft picks. Unfortunately there is talking over the music but it is mainly instrumental. We will eventually put together a proper Concept Album podcast to feature this amazing band but we figured we should add it to the mosaic.

Last weekend on Mano A Mano – Concept Album we feature a few great albums. This album was suggested to us by Dylan Francis of 3 nines tape radio. We played the entire Toe debut album “The book about my idle plot on a vague anxiety”. If you haven’t heard this Japanese band before check them out at the podcast below!

Ep. 180 features a local guest DJ Hyper Kid coming in to hold down a Hype set while we promote the CKMS 2019 Funding Drive!!! If you like the set and its’ getting you hype donate to community radio of Waterloo today!
100% of donations going to your non for profit community radio station!

Brad Merritt of 54-40 gave us the idea and inspiration for the show and so to kick things off we check out the newest 54-40 album in it’s entirety. Check out the Album below!

Here is the Robot Apocalypse series podcast “Chaotic Entrance” featuring the music of Ulysses Coppard including his solo project Ulysses and his band SMASH BOOM POW.

and Hot Hot Heat track in there too for full representation of collaborators!

The Deep Cut Film Festival was a great success this year! I was able to check out a bunch of great movies and interview many of the directors and writers! Check out the podcast here!

Here is the next Mano A Mano Robot Apocalypse Series show titled “Inner Attitude Gage” featuring the music of collaborators Gary Cain and 54-40!

The Inaugural Kitchener Waterloo Choose Your Own Festival will take place Saturday April 20th , Uptown Waterloo from 2:00pm – 12:00am. Spanning four venues within seconds of each other, the festival is sure to be a unique experience. A delight to veteran concert goers, and newcomers alike.

Patent Social, Chainsaw, Night School, and Harmony Lunch will host the first ever Choose Your Own Festival. Boasting over 50 musical acts from the KW region and Ontario abroad, The festival serves in conjunction with the local seasonal Punk Rock Flea Market typically hosted by KWCDIY, which will take place at Chainsaw from 2:00pm – 6:00pm featuring over 20 vendors and local entrepreneurs. Please note The festival is all ages, excluding Chainsaw past 8:30pm.

The festival is the brainchild of former ne’er-do-well, and current local musician Chris Walton. Developed as a way to get all his local (and abroad) musician buddies together for a one day gig, Chris hired Kyle Wappler to help co-host the festival as a means to give back to the local music community within the tri-cities, showcasing all the best independent bands in Ontario. Chris and Kyle have been involved with the local KW music scene for over a decade now. On the surface, both seem to share very different musical tastes and outlooks from one another, but at the heart of it all they both share the same proverbial DIY ethos. Kyle is no stranger to festivals, he and Chris both had roles in the success of the now defunct local KOI music fest, and is currently working on his second annual Hopefest to take place later this September. Needless to say, music in the region is at a surplus. The times are exciting to be a music fan of any genre in Kitchener Waterloo, and even Cambridge too!

“This festival is to serve the local arts community at large. To nurture and maintain a music scene for everyone at all walks of life to enjoy, is the end goal. Kitchener Waterloo’s arts community will never stagnate, if every facet from the region works together. KW’s Choose Your Own Fest stands with these inclusive values”

KW CYOF is sponsored by:

100% fundraising from all 3 shows goes to CKMS!! Hope to see you this Thursday, Friday and Saturday nights!!!

Follow us on Facebook for more future guest DJ appearances and artists interviews on Denim Radio coming this spring.

www.radiowaterloo.ca/listen to stream online at the Livestream!

Tonight’s epdisode features another Non-stop commercial free DJ set with a recap of this Saturday’s Friends of CKMS Fundraiser and live show!!

The Friends of CKMS Appreciation Event was a great success!

Huge thanks to all that came out to support our funding drive.

The donors, the performers, the volunteers, together you made this all happen.

Thank you to Descendants for hosting us. A great venue, great staff, greet food, great beer…. how many times can you say great in a sentence? As many times as it applies.

More details to come, so stay tuned. And keep it tuned to 102.7FM- CKMS! Radio Waterloooooooo!

We had tons of great prizes won last night. Check out this page for info on the fine organizations that generously donated items to makes this possible: http://radiowaterloo.ca/give/thankyou/

Lock your FM radio in to 102.7 FM and surf the smartphone to www.radiowaterloo.ca/listen ; turn up your sub and get ready for a non-stop commercial free DJ Set with Denim Entertainment!

Come ride the Bass Lines with DJ Denim on 102.7 Radio Waterloo TONIGHT and every Tuesday from 8 to 9 PM !!!

The Swing and Blues Show (* from the archives)