To all my fans,

Thank you for tuning into my radio shows on Kindness. I appreciate your Kindness in listening to my ideas and using those ideas to make the Region of Waterloo and the world a better place.

Remember, you can do anything and don’t let others stop you! I encourage everyone to listen to my last show.

I will be playing a interview with Josh Yandt courtesy of Joshua Coburn. This is the following interview on YouTube

I also want to congratulate Mychel Hendricks for his award he got at Kitchener City Council.

I hope everyone enjoy’s the show.

Please check out www.fairvote.ca and sign the petition there to get your voices heard for a Proportionate Representation system. One can also visit the local chapter at http://www.fairvotewrc.ca/.

Fair Vote Canada has the following community consultations scheduled for this year and the dates are as follows:

These will be held at Queens Street Commons Cafe. If anyone has any questions, please email Sharon Sommerville at sharonsommerville@gmail.com or info@fairvotewrc.ca.

Fair Vote Canada also had events being held at

Kitchener Public Library – Central Branch from 7 to 8:30 p.m.
Thursday September 8, 2016 Registration Required. One can register by going to www.kpl.org as registration is now up.

We hope to see you there! Remember, get involved! Here is the interview below. Enjoy!

Here is Josh Yandt’s interview which I did 2 months ago. Keep up the great work Josh!:) 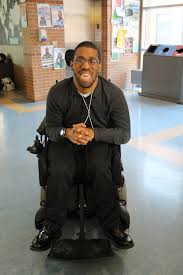 Interview with Kevin McShan on July 12 speaking about partnerships he has developed and the work he has accomplished. He is a former student of the Journalism program at St. Clair College.

Keep up the amazing work Kevin! :).

Today we are recognizing Michael Hendricks who saved a 9 month old baby and Melissa Bell’s quote on how we can be kind to one another.

She told 100.3 Sound FM CKMS Radio Waterloo, “When I yelled for help and for someone to call 911, the other patrons simply sat and stared at me like I was crazy, and no one reached for their phones. We are so suspicious of every one out there that is a stranger. I think we could mend those bridges by simply saying ‘hello’ to ppl you pass on the street. We’re so wrapped up in out own lives and stresses that someone’s accidentally bumping into you is a personal insult and so often the reaction is anger. Let’s reconnect to those around us by being polite and saying, ‘hi’!”

Furthermore, I have also posted the interview of Jane Elliott as well and I played that on my show as well.

Enjoy the show and enjoy your week as well as your weekend! :).

On August 1, 2016, Michael Hendricks was working at Kelsey’s on Ottawa Street when he answered a call of a 9 month old baby that was choking. He gave the baby some blows to the back and he saved the baby’s life. The baby was crying and was able to breathe.

Members of the Kitchener-Waterloo community are organizing a petition to ask Kitchener City Council to honour Mr. Hendricks for his act of bravery and his efforts in saving that baby’s life. The full story can be found at

Ward 5 counsellor Kelly Galloway-Sealock made a statement to me after I emailed the petition. She said,

“Thanks for your message. I will work with the Mayor to see what we can do on behalf of the city to recognize Michael’s heroism. I saw the post on Spotted and it sounds like he was the right person to assist and took over the situation. Thank you for bringing this to our attention.”

I want to also thank all citizens in the City of Kitchener and Region of Waterloo for your assistance in getting Kitchener City Council to honour Michael Hendricks. We all appreciate all of your efforts.

Our petition can be found on:

We ask all members of the community to sign the petition so that we can get Kitchener City Council to honour him. This is what Michael Hendrix had to say, “Truly humbled!”

He also said to Spotted In K-W, “Glad to see that you and your son are doing well! I was happy to assist you. Take care!!”

Emily came on the air today and we talk about Interracial Dating, and helping others.

Special guests Kuro Barros and Mickey Mouse arrived at the station as well and they want to say hello to all SoundFM fans. Thank you all for listening to my show.

Here is Jane Elliott’s interview that I wasn’t able to play on the air today. I apologize for the inconvenience this may have caused for my listeners.

As everyone has asked me about the interview and correction and apologies on my previous statements. We are the 10th Canadian Television and Radio Network that has interviewed Jane Elliott. Some insightful information. Disclosure: Course language and content may be in the interview. Viewer discretion is advised.

I also apologize for any misinformation I have provided. Here is a copy of the interview.  Also, you can check out all of her documentaries by going to www.janeelliott.com in order to have access and copies of her documentaries, lecture materials and other cool stuff like T-shirts.  Please allow 2-3 weeks of shipping of any items she is selling. This information is all in accordance to her website.

Here is the link to the interview of Jane Elliott who is an Anti-Racism Activist and Educator.

Any questions, feedback, or concerns, please feel free to email me at radioalim@outlook.com or anathoo169@gmail.com. Thank you all for supporting The Alim Show and also for promoting Kindness around the world. Have a great day! :).

Today we spoke about the exposure of NYPD Stop and Frisk program which has been marked illegal and against the law. I also talked about Jane Elliott and how she exposes racism. I will be interviewing her tommorrow and I look forward to her interview.

To everyone on SoundFM and in the Region of Waterloo community, I will be interviewing Jane Elliott who is an Anti-Racism activist in the U.S.A. on Wednesday July 27, 2016. If anyone has any questions you want me to ask, please feel free to email me at radioalim@outlook.com or at anathoo169@gmail.com. Also, if you prefer your name not to be said while I ask the questions, please let me know. All I will say is these are questions from my viewers and myself to give everyone equal credit. I apologize for saying it was this Thursday.

I also wanted to say that I will be the first person to interview Jane Elliott from any Canadian radio or news network which will make history in the Radio & Television industry.

Together we can all fight all forms of racism and discrimination. As Jane Elliott said, “There are not 4-5 different races and there is only one race and that is The Human Race.” Let’s spread this around and tell people that around the world.

Thank you very much and have a great day. Photo courtesy of Huffington Post.

Please check out http://www.janeelliott.com for more information about the Anti-Racism work she does around the world.

My interview with Kevin McShan on July 12, 2016. Kevin McShan received the Influential Advocate award and is a graduate of the Journalism program at St. Clair College. Kevin continues to advocate for equality for people with disabilities.

Keep up the amazing work Kevin! You rock! :).

Here is my interview with Chief Bruce Montone from approximately 3 months ago. The photo is courtesy of Blackburn Radio.

My interview with Eric Gillespie from Grand River Transit. He is the Director of Transit Services for the Region of Waterloo.

Photo is of me boarding a London Transit bus on October 21, 2013 at Fanshawe College on the 4 Oxford East.

Part 2 of The Alim Show. Here we have some good news stories courtesy of the goodnewsnetwork.org website. We also talk about horses as well along with Jane Elliott’s speech of how there is only one race and that is “The Human Race.”

Jane Elliott’s speech on combating racism. The link was found on the Occupy Democrat’s movement and the link can be found on Facebook.

Photo courtesy of the Oprah Winfrey Network and Huffington Post