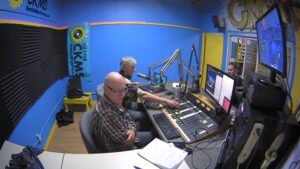 Alan Charlebois and Paul Schultz are in the studio for Golden Record. Check out their Facebook and Youtube channels. We talk about music and things in advance of their show at www.registrytheatre.com  Singin’ and talkin’ on community radio. 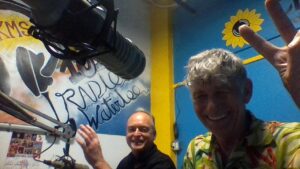 Steve Todd is in studio tonight. Steve brought along his guitar for some great songs. It is the last full week of August in 2018. 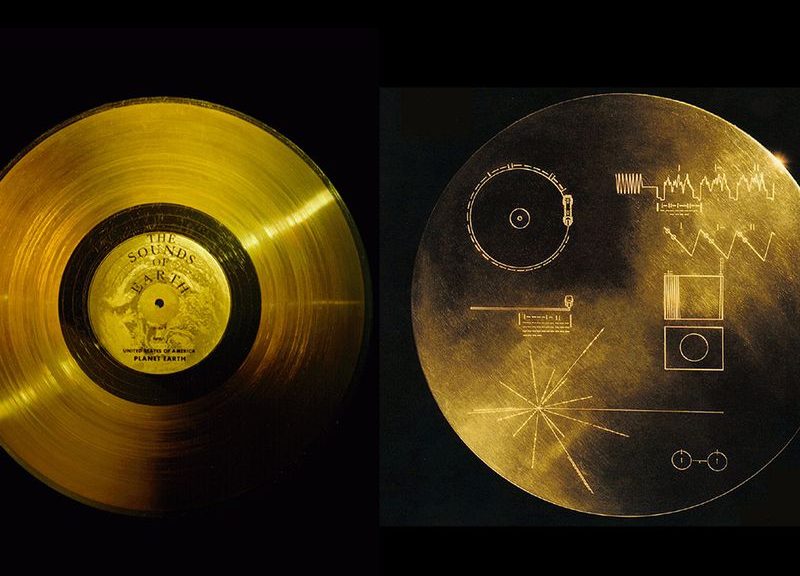 The Golden Record consists of 115 analog-encoded photographs, greetings in 55 languages, a 12-minute montage of sounds on Earth and 90 minutes of music.

The text below was spoken by Kurt Waldheim, the Secretary General of the United Nations.

I send greetings on behalf of the people of our planet. We step out of our solar system into the universe seeking only peace and friendship, to teach if we are called upon, to be taught if we are fortunate. We know full well that our planet and all its inhabitants are but a small part of the immense universe that surrounds us and it is with humility and hope that we take this step.

Here is that recording as well as recordings by other speakers. Feel free to send me your recording of the same text.

The recording in Korean by Jay Jeong  2018

The recording in Russian by Maria Kouznetsova 2019

More info on the Golden Record. This is the show opening clip.

40 years ago in 1977, CKMS radio and the Voyager spacecrafts were launched. in a few years, the spacecrafts will power down, as their nuclear power source dwindles. We trust CKMS will be broadcasting for many more years than that.

The Voyager Golden Records are phonograph records that were included aboard both Voyager spacecraft. The records are thought to be able to remain intact for a billion years.
The records contain sounds and images selected to portray the diversity of life and culture on Earth, and are intended for any intelligent extraterrestrial life form, or for future humans, who may find them. Those records are considered as a sort of, time capsule.

Carl Sagan noted that “The spacecraft will be encountered and the record played only if there are advanced space-faring civilizations in interstellar space. The launching of this ‘bottle’ into the cosmic ‘ocean’ says something very hopeful about life on this planet.

Sagan and his associates assembled 115 images and a variety of natural sounds, such as those made by surf, wind, thunder and animals (including the songs of birds and whales). To this they added 30 musical selections from different cultures and eras, spoken greetings in 55 ancient and modern languages, and other human sounds, like footsteps and laughter.

Here is an excerpt of President Carter’s official statement placed on the Voyager spacecraft for its trip outside the Solar System, June 16, 1977:

We cast this message into the cosmos … Of the 200 billion stars in the Milky Way galaxy, some – perhaps many – may have inhabited planets and space faring civilizations. If one such civilization intercepts Voyager and can understand these recorded contents, here is our message: This is a present from a small distant world, a token of our sounds, our science, our images, our music, our thoughts, and our feelings. We are attempting to survive our time so we may live into yours. We hope some day, having solved the problems we face, to join a community of galactic civilizations. This record represents our hope and our determination and our goodwill in a vast and awesome universe.