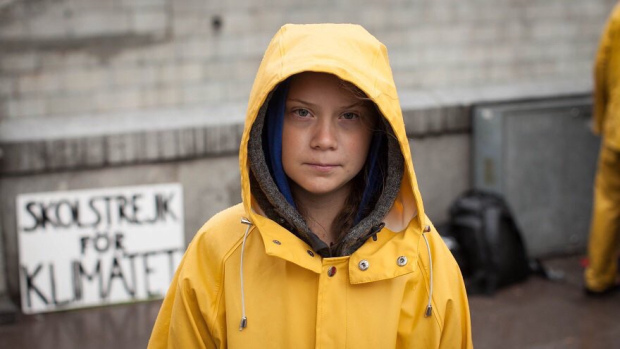 On February 1, 2019, young people will sit out of classes across Waterloo Region and again take to the streets to demand that our leaders face responsibility for our warming planet. The Fridays for Future School Strike for Climate will take place at Waterloo City Hall from 12:30pm to 1:30pm on Friday, 1 February 2019, and on the first Friday of every month. Supporters of all ages welcome.

Organizing behind Swedish climate activist Greta Thunberg, 16, climate strikers will ask cities and councils across Waterloo Region, as well as the federal and provincial governments, to declare a climate emergency.

Thunberg blasts our collective inaction on climate change: “Some people say that we are not doing enough to fight climate change. But that is not true. Because to ‘not do enough’ you have to do something. And the truth is we are basically not doing anything.”

Greta’s not alone. Another youth activist, Jamie Margolin of Zero Hour, has begun her own campaign to rouse global leaders into concrete measures to stabilize our shared climate. Recently, Margolin compared climate change to “a time bomb about to go off and everyone [is] ignoring it.”

We know that our futures will be disrupted by climate, and feel that we have no voice. So we are making ourselves visible across the world. Thirty-five thousand students in Brussels went on strike from school this past week alone, joining school strikers across Europe and heatwave-stricken Australia.

Like our peers across the world, students in Waterloo Region are frightened of an uncertain future dramatically altered by climate impacts and planetary instability. We don’t see the point in attending school for an education for a future that has been neglected by Canada’s government and by decision-makers world-wide.

We strike because we are ignored. We strike because our elders are sacrificing us for short-term profits. We see, as Greta does, that our leaders “need to put their economic goals aside to safeguard the living conditions of humankind in the future.”

Given that the world has until 2030 to cut emissions in half in order to secure a safe climate future, cities across the UK have declared climate emergencies, intending to fully decarbonize their economies. Canada’s precedent for declaring a climate emergency has just recently been set by Vancouver, and Christine Boyle, Vancouver city councillor, told journalists: “I was really inspired to see the students…that they are acting similarly to students around the globe to get older elected leaders in office to listen to them.”

If our leaders truly listened to the science on climate change, as we young people do, they would not build further fossil fuel infrastructure, would end all fossil fuel and animal agriculture subsidies, and invest heavily in a zero-carbon energy future.

We need our elected officials and other citizens to speak out with us for our futures. Today. We need all levels of government to declare a state of climate emergency, and we need every decision they make to be made as if our future depends on it. Because it does.

Into The Void (* from the archives)