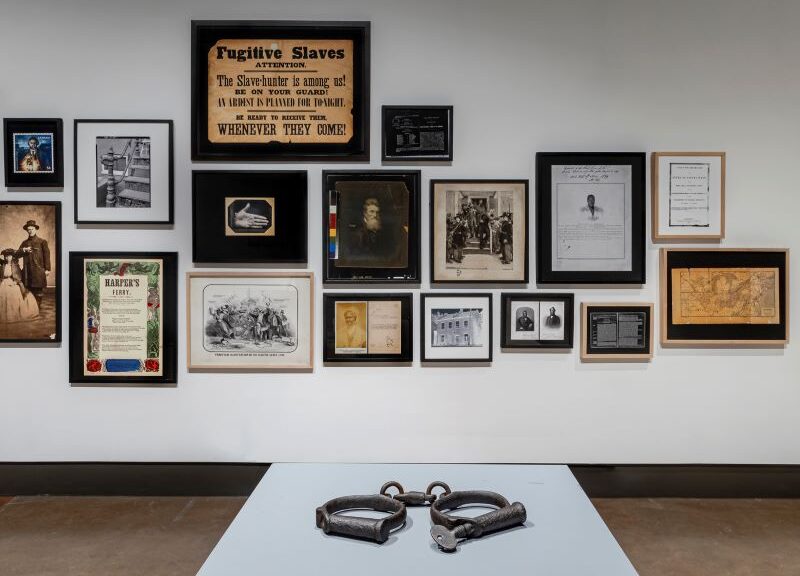 On the centenary of the first-ever exhibition of the Group of Seven painters, the Kitchener Waterloo Art Gallery (KWAG) is premiering Deanna Bowen’s “Black Drones in the Hive” as the cornerstone of fall programming.  This curatorial choice serves to break up with the narrative that the Group of Seven has served around terra nullius, and bring visibility to the narratives and intersections between Indigenous, Black, and settler stories.

This interview serves as part one of two with Crystal Mowry, senior curator at the Kitchener Waterloo Art Gallery, uncovering Deanna Bowen’s “Black Drones in the Hive”.  In part one, Crystal will talk about her role as a curator slash co-conspirator, share some of the themes of this timely exhibit, and reveal some behind the scenes stories that illustrate the journey of bringing these works together.

You can learn more about the exhibit from the artist herself, on Nov 26.  KWAG is hosting Montreal-based artist Deanna Bowen discussing her solo exhibition, Black Drones in the Hive, in conversation with Crystal Mowry herself.

Black Drones in the Hive is on view at KWAG until 28 February 2021.