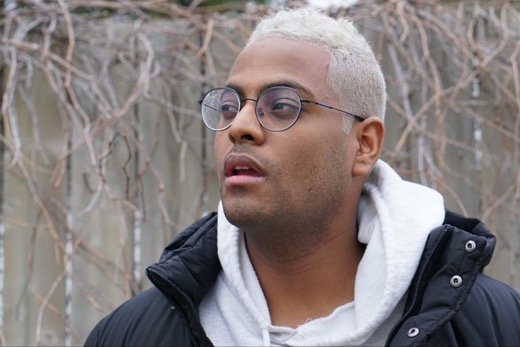 Fitsum Areguy is a Black activist and writer who grew up in Kitchener. He draws on years of experience as a community worker and advocate for youth rights and disability justice. Voted Waterloo Region’s ‘Best Local Writer’ in 2020, he has published in Canadian Dimension, The Waterloo Region Record, Briarpatch Magazine, The Community Edition, and Korea Expose. His interests focus on human rights, misuses of power, and community development, connecting local stories to provincial, national, and global issues through reporting and analysis.  Fitsum is also the co-founder and project director of Textile, a literary publication and writing mentorship program, where Fitsum and I work together.

As the pandemic has impacted workers across every and any industry, we talked about the importance of upholding the complexity of local stories, finding a rhythm as a journalist during the pandemic, and of course, the launch of InsideWaterloo, an independent media initiative publishing investigative and personal stories of identity and belonging not otherwise covered by traditional media in Waterloo Region.

Arts Writer Robert Reid recently retired from The Waterloo Region Record. He has transcended into Blogger Extraordinaire writing about all of his “creative passions and everything in between” be it the latest fly fishing antics through Armchair Fly Angler, Books and Literature, Visual Arts, Celtic Spirituality, Music  (from preferred Blues, Roots, Folk) and of course, Theatre.

From Rob’s sumptuous take on a fine Single Malt to his insightful, informative theatre reviews, “Reid Between The Lines” – http://www.reidbetweenthelines.ca/ is a joyous read.

It was my great pleasure to invite Rob back as my co-host. During the program we discussed the 2015 Stratford Festival including season opener, “Hamlet” plus other Shakespearean plays “Taming of the Shrew,” “Pericles,” and “Love’s Labour’s Lost,” Musicals; “Sound of Music,” and “Carousel,” plus other Festival productions including “The Alchemist,” and “The Physicists.” We also discussed Rob’s latest fly fishing triumph, and played some of his fave folk artists including David Wiffen, Guy Clark, Jesse Winchester, John Gorka, and Willie B. Bennett.

Here is my chat with Robert Reid from The Coral FM All Theatre Extravaganza. Tune in soon for Part 2 in which Rob speaks about the 2015 Blyth Festival Season.

Sit back, grab your fave libation, and listen to us Wax Theatre in Abundance! Thanks again Rob – Slàinte!

The Eric Charles Band was recently chosen to compete at Kitchener’s Big Music Fest and over the summer Eric and his band’s guitarist / vocalist Nick Maldonado went on a Radio Station Road Trip throughout parts of Ontario and Quebec in support of Another Trip remix – In for The Ride.  The single was produced by Gavin Brown (Billy Talent, Big Sugar, Tragically Hip and Sarah Harmer to name a few!) Gavin Brown recently received the prestigious Jack Richardson Producer of the Year Award. So Eric and the band were super excited to go down to Toronto’s Noble Studios to work with Brown on the In for the Ride rock remix. And the radio stations have embraced In for the Ride, which is now receiving mainstream airplay.

As the last stop of his radio station tour, Eric Charles returned to Sound FM as my very special guest. We had a wide ranging chat from the first time he picked up a guitar, to Eric’s latest big news.  The band just finished playing a highly successful concert at Kitchener’s Eidelweiss Tavern, with musical guests Jessie Treneer, and Henry Taylor. And now The Eric Charles Band has been invited to perform at Toronto’s legendary live concert venue The Horseshoe Tavern this Tuesday night Sept 30! For more on Eric go to http://eric-charles.com/ and here is the link to the piece I wrote for Waterloo Region Record’s Nightlife. http://www.therecord.com/whatson-story/4626653-big-music-fest-s-shot-at-the-big-time/

You heard it here first. I think Eric is another musician destined for the Toppermost of the Poppermost! – Coral FM.

Listen here for my chat with Eric Charles of The Eric Charles Band. The interview also features select tracks from Another Trip, and Eric’s In for the Ride remix, plus a live acoustic performance in the studio.