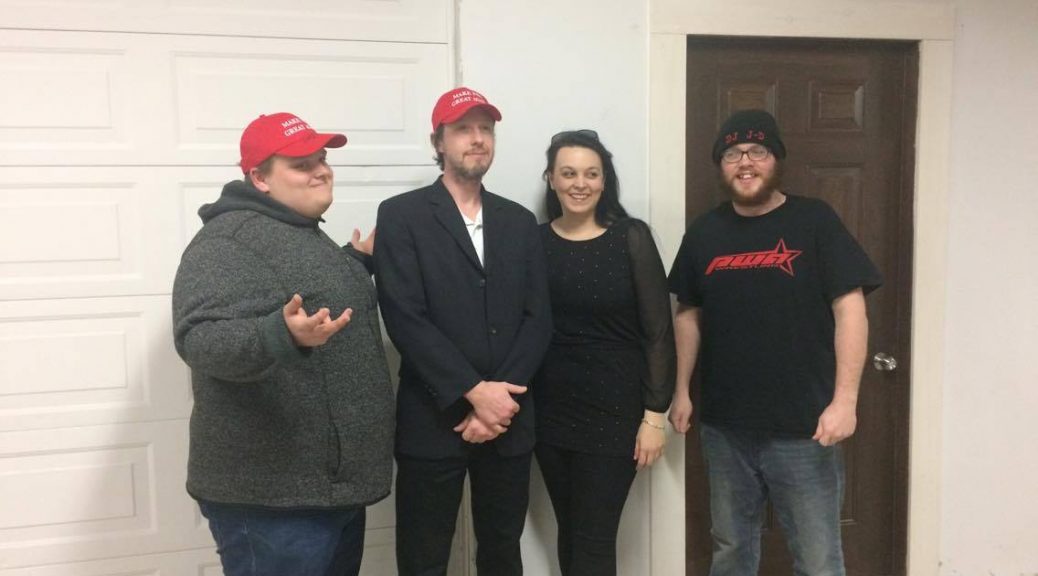 This weeks episode of TUSPonCKMS was a huge one. Probably the biggest show to date. It was a perfect final show on the 100.3 frequency as we are switching over to 102.7 March 15h. We had the commissioner of the PWA Michelle King come by the studio and sit down with us to see how she runs the show. We learned a lot from her interview and it is quite cool to learn how one of the greatest indie promotions in the country is ran.

check out the interview here

Not only that, we had the Ace Of Spades Corey Spade come in for a LIVE debate as well as he is trying to #makePWAgreatagain. The debate was important to both candidates campaigns as the election is this Saturday night at The Alpine Cub at 7:30 PM. The questions were partially from the wrestlers, fans and the TUSPonCKMS squad. The debate was moderated by DJJD.

At times the debate got quite out of hand as Ace Of Spades had some microphone issues causing Corey Spade to interrupt Commissioner Michelle from time to time. The winner of the debate is still unclear as the PWA fans are caught in between a rock and a hard place. We will have to find out what they have decided this Saturday.

Check out the debate here

The TUSPonCKMS squad will see you down at the Alpine CLub at 7:30 this Saturday! Be sure to tune into our LIVE review of this event next week on TUSPonCKMS!