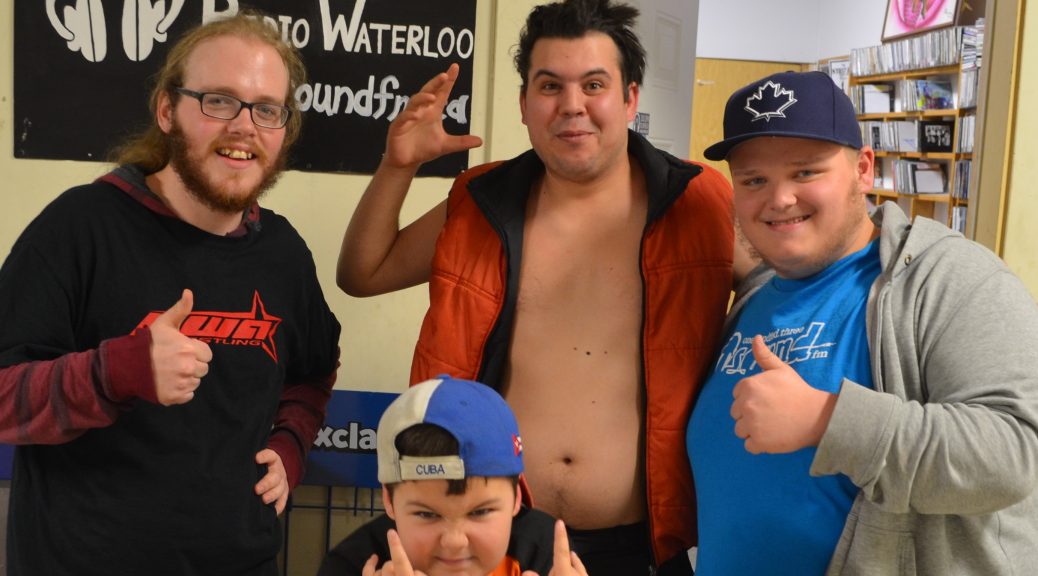 Here is “Through The Ropes”, K-W’s #1 wrestling podcast! Be sure to tune into 100.3 or Rogers Digital Cable channel 946 this Monday 2-4 PM for the rebroadcast of this episode of Through The Ropes! We will also have another follow up show this Thursday LIVE 4-6 PM.

In this episode of the regions #1 Wrestling Podcast, we got to sit down and speak with none other than the Cuban Sensation Elian Habanero! He replied to alumni’s of TUSPonCKMS Corey Spade amd Reggie Marley trash talking him.

We also delved into his early life and how he got into pro wrestling. Not only that, we got to talk about how Elian tag teamed with WWE Hall Of Famer Hacksaw Jim Duggan at a PWA event a couple months back!

Be sure to meet up with DJJD and on air radio personality The PehPeh and The Artist Formally Known as DJ CJ, DJ Monzee!

This event will be in support of the Hespeler Optimist Club. $2 from each ticket sold will go to the club