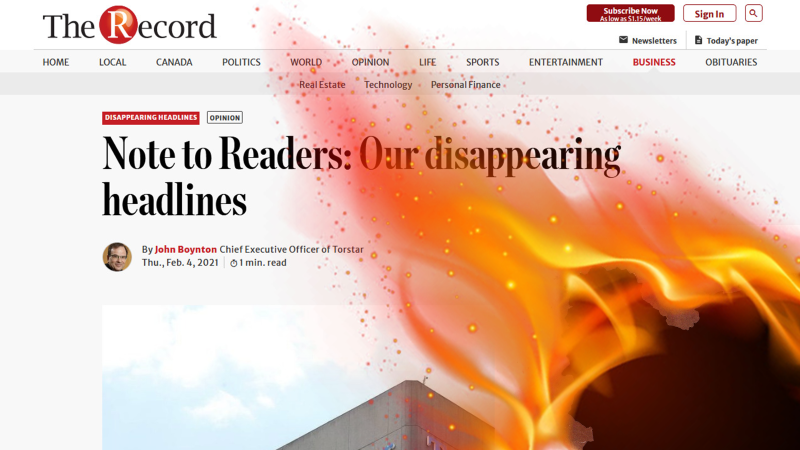 Early February, frontpages of around 100 newspapers in Canada went blank, starting the campaign by News Media Canada called “Disappearing Headlines,” calling for regulation of Google and Facebook in this country. Basically, they are asking the politicians to take money from internet giants and give it to them.

Today we’re talking with Dwayne Winseck, Professor at the School of Journalism and Communication at Carleton university in Ottawa, about what’s behind the blank front pages, do Canadian publishers have the right to protest against Google and Facebook, and does anyone have a public interest in mind?