This week on Interzone a three-hour tribute to one-of-a-kind musician Nash the Slash who passed away two years ago on May 10  2014.

In this podcast  there are snippets of chats that he did for the various shows we worked on together from Thrash, and Nosferatu to Two Artists – with his good pal Toronto surrealist artist Robert Vanderhorst.  I have countless golden and silver ink autographed CDs and other presents that he gave me over the years.  We had a lot of laughs working on those shows.

It took me two years to do this because I guess it was hard to hear Nash’s voice once more along with so much of his music from covers like The Who’s Baba O’Riley and The Animals’ It’s My Life and Iron Butterfly’s In a Gadda Da Vida  to timeless originals like Vincent’s Crows, Swingshift and his masterful rendition of Wolf from Peter and The Wolf.

He did many chats over the years at CKMS and was always a champion for campus/community radio.

I went to Nash’s memorial which was held in one of his fave places Stratenger’s  where he loved to eat the curry and play his famous Halloween Show .

There I spoke with Cam Hawkins and Mike Waite from FM, plus many of his friends and finally Nash’s brother Tom Plewman. I miss my bandaged pal, like so many do.  I hope that he has been reunited with beloved doggles Roxy and Digger, and found many a musical friend to  rant with.  Never fear Nash. I always Listen in Safety. Hugs Squeekee

In lieu of this past very sad week, I decided to do a career retrospect of David Bowie from A to Z as I have most of his musical catalogue.

I begin with A to L, and I will leave Blackstar and Lazarus til the end. Just like he did. This is my way of saying goodbye  to an artist who is as dear to me as John Lennon. I hope they are hanging out together now as Blackstars. 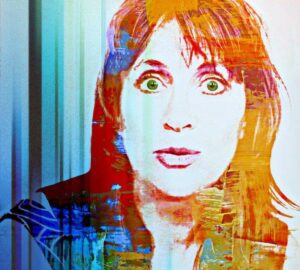 Show: Interzone
Genre: Anything I feel like
Host(s): Squeeky Submersive
Time: Alternate Wednesdays from 11:00am to 2:00pm
Contact:
coralfm@sympatico.ca