Welcome To The Civic Hub promotes the grassroots and small nonprofit organizations working to make lives better for everyone in Waterloo Region. Join the 23 groups already booking space for their activities, events or joint initiatives. These partners of the

Welcome To The Civic Hub is hosted by Bob Jonkman, and is sponsored by the Social Development Centre of Waterloo Region. Some funding for the Civic Hub is provided by Heritage Canada through the Community Support, Multiculturalism, and Anti-Racism Initiatives Program. 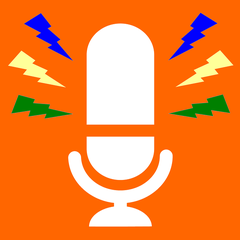 Subscribe to the Welcome To The Civic Hub podcast.

See all the Welcome To The Civic Hub posts.

Welcome To The Civic Hub is not currently on the schedule.

Join us for a night of community care for migrant justice in support of a local family facing deportation from Waterloo to Guatemala. Because we all deserve safety. Because no one is illegal. Because families belong together.

WHAT YOU CAN EXPECT

We’ll be screening “In the Shadows of Borders”, a short film that explores if Canada really is as welcoming to migrants as one may think. After the film, we will hear from Sandra Morales, mother of six, whose husband, Daniel Roblero, was deported over 3 months ago. Sandra and five of her children have also been threatened with deportation and are currently waiting for a response on their application for permanent residence on Humanitarian and Compassionate grounds. They came to Canada fleeing violence and persecution in Guatemala and the US. Daniel, husband and father, was the main provider for the family and so we are raising funds for the family to support them during this very difficult time.

There will be snacks, an amazing silent auction, community resources and a room filled with lovely people who care.

FUNDS FOR THE FAMILY

Tickets are sliding scale $5 to $15. Pay what you can snacks. Silent auction with many amazing pieces and baskets, stay tuned for some of the items you can get! Please bring cash. We will also accept e-transfers for silent auction items.

ALL money raised will go directly to the Roblero-Morales family. If you would like to donate a silent auction item or money and cannot attend the event, please email karly@lspirg.org

This is being held at the Civic Hub of Waterloo Region, in the Church of St. John the Evangelist. Come to the doors on Duke Street West and press the buzzer for the Social Development Centre Waterloo Region.

What: Families Belong Together: A Community Fundraiser
When: Thursday 5 March 2020 from 6:30pm to 8:30pm
Where: The Civic Hub of Waterloo Region
Location: 23 Water Street North, Kitchener Map

There will be a Vegetarian Potluck Dinner in support of the Roblero-Morales family on Saturday, 22 February 2020 from 5pm to 7pm. This is a chance to meet the family and share a meal.

Dinner is at the Civic Hub of Waterloo Region, in the Church of St. John the Evangelist. Come to the doors on Duke Street West and press the buzzer for the Social Development Centre Waterloo Region.

Please contact Nadeem Lawji <nlawji@gmail.com> if you plan to attend or need a ride to any of these events.

We are asking that Sandra Morales, Daniel Roblero and their children be granted status under compassionate and humanitarian grounds

Both Sandra and Daniel are originally from Guatemala. They met in the US, after having fled persecution and violence in their home country. While their children are US citizens, Sandra and Daniel remained undocumented while living in the US. The family became increasingly fearful when Trump was elected in 2017, terrified that their kids would be taken away from them and the family would be separated. They decided to come to Canada, where Daniel has family.

In Canada, the family has access to important medical services (three children have medical conditions or disabilities) that they would not be able to access in Guatemala. The family is already suffering from separation after Daniel was deported.

What: Vegetarian Potluck Dinner In Support of the Roblero-Morales Family
When: Saturday 22 February 2020 from 5:00pm to 7:00pm
Where: The Civic Hub of Waterloo Region
Location: 23 Water Street North, Kitchener Map


Angela, Aleksandra Petrovic, and Charles Nichols from the Social Development Centre join Bob Jonkman. We talk about housing, the need for experienced living in policy making, and get some practical experience running the CKMS-FM sound board for a future SDCWR show and podcast.

The interview starts at 9m37s.

On @RadioWaterloo #CommunityConnections we are having so much fun learning the ins and outs of sharing more content about @CivicHubWR & #Lifestories podcast series about #affordablehousing. Live YouTube video at https://t.co/YrdYejntPj #waterlooregion pic.twitter.com/z7ymqybIMs

There was so much Social Development to discuss today that we didn’t get to all the artists on our playlist. Never fear, they’re in our digital music library and will be played on future episoses!