Catching up on a bit of CanCon music that’s been sitting in our digital music library for a while, and we talk to Heather Janssen from Hamilton, who released a new single on Friday called Keeping Secrets.

The interview starts at 10m47s.

Another week, another hour of Canadian Content music. We would have had Woody Woodburn as our guest for an interview and a Live, On-Air, In-Studio performance, but the studio is still closed for the Covid pandemic. Happily, Woody has released an album 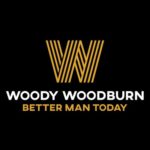 Better Man Today, so we’ll be playing some of those tracks.

The studio is being prepared for re-opening — we’re equipping it with hand sanitizer, cleaning wipes, and mic socks. In a couple of weeks we can have our programmers back in the studio, and we’ll open to studio guests some time after that.

In the meantime, here’s an hour of old and new CanCon for your listening pleasure!


Angela, Aleksandra Petrovic, and Charles Nichols from the Social Development Centre join Bob Jonkman. We talk about housing, the need for experienced living in policy making, and get some practical experience running the CKMS-FM sound board for a future SDCWR show and podcast.

The interview starts at 9m37s.

On @RadioWaterloo #CommunityConnections we are having so much fun learning the ins and outs of sharing more content about @CivicHubWR & #Lifestories podcast series about #affordablehousing. Live YouTube video at https://t.co/YrdYejntPj #waterlooregion pic.twitter.com/z7ymqybIMs

There was so much Social Development to discuss today that we didn’t get to all the artists on our playlist. Never fear, they’re in our digital music library and will be played on future episoses!

Here are some of the poems read on the show, along with a few others that we didn’t get to.

“Paintings are like poems, they are thoughts abandoned” Stan J. White

Sex is something
God has thrown in to ensure
We do not confuse ourselves
With deities, with angels –
a kind of tether
that never lets us stray too far
from freshly turned earth after rain
and in the pathos of it all
a constant reminder
of vaudeville, of burlesque.

An Ode to Beer

In the kitchen, from the doorway to the hearth,
lying on the floor like some colossal cigarette –
a log , one end in the fire, burning slowly
as flames surround a bubbling pot.

It mystified the Canadian soldiers, those kept
after the war – troops retained
to rebuild a battered country, one
that refused to be swallowed back into the sea.

The explanation provided to the curious,
Because the Nazis took all of our metal:
axes, pitchforks, scythes and hoes, even kitchen knives –
a last ditch effort to build more weapons.

Allied saviours shared meals of boiled tulip bulbs:
‘the most gawd-awful things you ever ate’
along with Red Cross chocolate and rationed tins
of bully beef: bitter meals of freedom.

Under our barn, wrapped in oiled burlap,
We have our tractor and plow – buried bits cloistered away
following the final swoop of the flag of black on red.
They never found them. Soon, we will plant.

—
This poem appeared in the anthology Tamaracks: Canadian Poetry for the 21 st Century, edited by James Deahl, Lummox Press, California. This anthology is available through Amazon.ca.

At two and a half,
He’s got it all figured out.
How to find his T.V. shows
and how to reach those muffins.
He takes one glance over his shoulder
as he stretches out his fingers.

He’s a bad boy though.
It’s his third,
but Mommy’s talking on the phone
so she can’t stop him.
He fixes sad brown eyes
on her to say
“I need this chocolate chip muffin.”
To peel back the golden skin of enriched white flour
and get to the centre.
Pick out each chocolate chip.
Set it aside on the coffee table
filled with his sticky fingerprints
and the goo of cooked muffin and chips
mixed with his saliva.
Place them there for later.
Make a happy face with
eight chips curved in a smile,
three for the eyes and nose.

He’s got his time alone with Mommy.
His big brother and Daddy are
off at Scout Camp together.
At night, he sleeps on top of her
so she can’t get away and leave him.
Until he goes off to playschool,
and sees his girlfriend Chelsea.
He’s decided his name is Sean.
It sounds better.

One day, he’ll fix
those big brown eyes on another woman.
She’ll melt like those chocolate chips
in his hot little fingers.
That’s the way it works.
Not the least Oedipal.
Just practising on the first woman
who loves him, picks up after him, feeds him.

Poem for Reading in a Bar

Hey, you, you in the back,
come a little closer. The poem
is warm, but its voice is soft.

And you, you over there,
don’t be afraid, the poem
bites, but only the ones it loves.

And you, yeah, I mean you,
looking so smug, do you really
think you’re immune to poetry?

This poem will get under
your skin, you’ll find yourself
thinking about it tonight

as you’re trying to fall asleep,
your lips moving in the dark,
alone in your bed with a poem

you hardly know. When you wake
the bed will be empty, the sheets
soiled, only the poem’s scent

on your pillow to let you know
it was there, only its footprints
in the snow outside your heart

—
From his collection Purity of Absence , (2001) Porcepic Books. Still available for purchase.

Six for the Solstice

(haiku from my garden)
by Lin Geary

what will I serve with
this 64 dollar
vine-ripened tomato?

sister skunks
stroll under my hammock
lesson in prayer

Worship in the Boreal Forest

Our vespers were whispers to the moon,
and our matins sang the sun awake.
We drank in the summer’s long afternoons.
Began knitting blankets with the first snowflake.

We fell in love to the dance of butterflies.
Their white wings wove a spell of enchantment.
Breezes’ touch on our needles were our lullabies
serenading our young to sleep’s contentment.

We were the high priests within our temple
celebrating rites to our gods’ abundance.
Air, earth, water, light – our needs were simple.
The two-footed fiends stole away our innocence.

There are no songs when each breath is an effort.
All the brown-needled branches are our scars.
Dying, we entwine our roots for comfort,
and sighing send our sorrows to the stars.

—
These two poems were in the collection Notes from Suburbia, 2013, published by Craigleigh Press, Cambridge, ON. It isn’t in print but you may be able to obtain some of the last copies at the Green Heron bookstore in Paris, ON.

Her grey ashes sit
in a pressed board box
on an attic shelf
next to light lace doilies
with lavender scent.
Below a trunk’s contents:
sepia family photos known to her
stamps from a bygone era
sleeved in cracking plastic,
crocheted samplers, musty address book
her favourite sherry glass.

I’m happy that is the scene.
No need for flashy urn
to adorn the mantel.
She is far from discarded
her memory’s embedded
a bond from womb to life’s end
Mother to son.

The haiku that won the 2012 International Vancouver Cherry Blossom Festival: Haiku Invitational, and rode the Vancouver buses for a couple of months:

on a skinny cold day
bespoke in black
the long lamb coat, the boot-lined comfort…
there, alongside my fellow Canadians
it’s time to jut out my chin
in once-a-year pride
to stand curbside guard
to miscount the endless placing of wreaths
to breathe out the thoughtless mind-frost
into thin, thin air….

and the mic kicks in, then out
as a faultless child sings the Queen’s old anthem
and we all raise out descant and filler voices
not missing a beat…

and I think Happy Birthday, Canada
because it is the 11th of November…
100 years of armistice after a war
that birthed our nation
and here we stand, still firm, still cold
in perpetual grief

Rhythmic patter of sidewalk
slowly droops her eyes
gentle bump of each slab
confirms her comfort
a tiny hand protrudes
retreats returns to rest
wee nose below cap’s brim
contains genes of the stroller
as do tiny ears
peeking under pink flap
instinctual feeling confirms
the link
a generation apart
together strolling in the Annex
a primal confluence
pulses in the air.

He sits
Glasses perched
Contemplative frown
Over hunched shoulders
Ancient desk and messy pen
His hair
Stands alert in silver halo
Around his warty pate
The lidded eyes closed in reverie
His thoughts
Provoke tugs of mustache
On bristled upper lip
Above careless shaving scar
He ponders
Lists of grasped images
Written on scraps
And stuffed in random pockets
He recalls
An endless selection
Of captured memories
That rooted themselves over time like saplings
His scribbling
Whisk him back in time
And force his aging brain
To organize. To prioritize. To choose
His words
Spill forth and write themselves
In haste and fear of loss
Like escaping prisoners
His poems
Speak not to another
Not to his audience
But to him alone
As he sits, glasses perched
At ancient desk and quill.

Death of the voice

A correction — Mark Kempf writes: “I am so embarrassed to say but happy to report Wendell Berry is not dead as I so confidently mentioned yesterday — I wanted to let you know as soon as I could.
My confusion is completely indefensible, and not sure why I thought it now.”

CKMS Community Connections airs on CKMS-FM 102.7 every Monday from 10:00am to Noon.

Show notes and podcast interview content is Copyright © 2019 by the participants, and released under a

Creative Commons Attribution Only license. Attribution to Radio Waterloo. Music and Poetry selections are copyright by the respective rights holders.