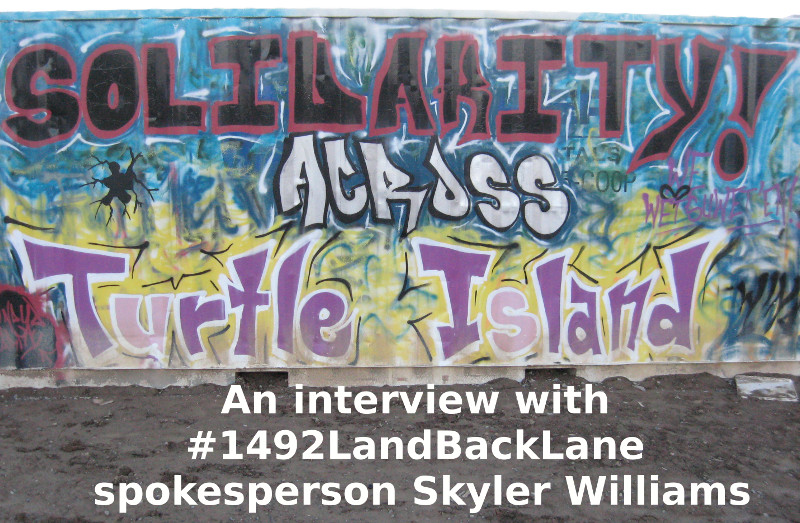 In July 2020, while the community was managing the COVID19 pandemic, including erecting checkpoints to keep non-residents from their reserve lands, some Indigenous folks from Six Nations of the Grand River also took action against continued land theft by housing developers and the nearby town of Caledonia by setting up the 1492 LandBack Lane reclamation camp.

On April 20th 2021 members of the Haudenosaunee Confederacy Chiefs council, alongside spokesperson Skyler Williams announced the “Protect The Tract” initiative, declaring a moratorium on development in the Haldimand Tract and a need for real consultation with the community before any projects move forward.

This episode features an interview with Skyler Williams, the spokesperson for the 1492 LandBackLane land reclamation camp on Haudenosaunee territory at Six Nations in south-west Ontario.

To stay updated on the activities at the camp, check out @1492LBL on twitter and 1492LandBackLane on facebook. For more on the development moratorium and the history of land struggle at Six Nations, visit protectthetract.com 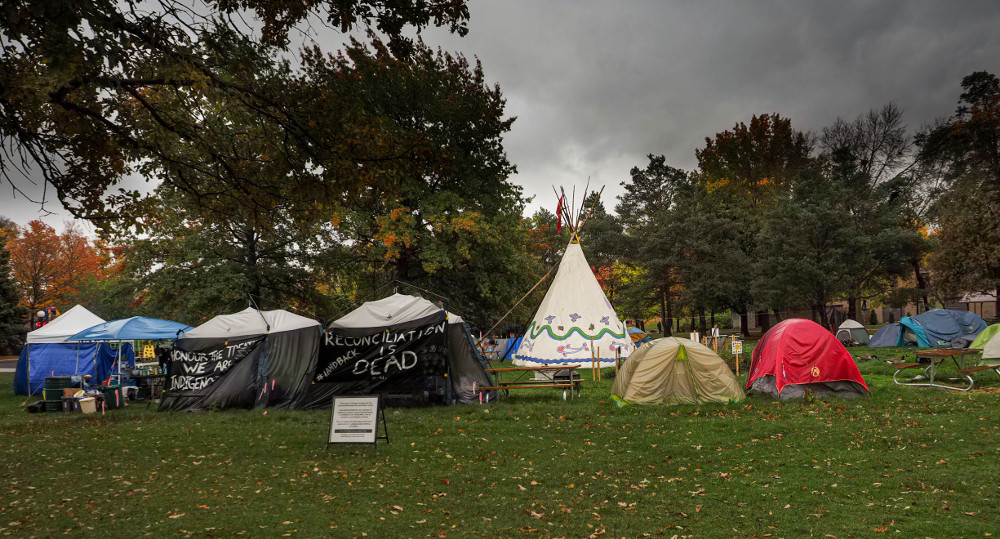