Aalaa, Abdullah, and Ayla Rehman of #CANYouthVoteMatter #CANMinorityVoteMatter join Bob Jonkman in the studio. We discuss the importance of voter engagement, we get to know the Rehmans, and Abdullah spins some tunes.

The interview starts at 4m49s.

Show notes and podcast interview content is Copyright © 2022 by the participants, and released under a

Creative Commons Attribution Only license. Copy, re-use, and derivative works are allowed with attribution to Radio Waterloo and a link to this page. Music selections are copyright by the respective rights holders.

Abdullah, Aalaa, and Ayla Rehman return for the 2022 municipal election to ask candidates #CANYouthVoteMatter and #CANMinorityVoteMatter?

Municipal Election 2022: #CANYouthVoteMatter & #CANMinorityVoteMatter aired Sundays from Noon to 12:30pm from 2 October to 23 October 2022. The municipal election was on Monday, 24 October 2022.

Ontario Election 2022: #CANYouthVoteMatter & #CANMinorityVoteMatter is no longer on the air. 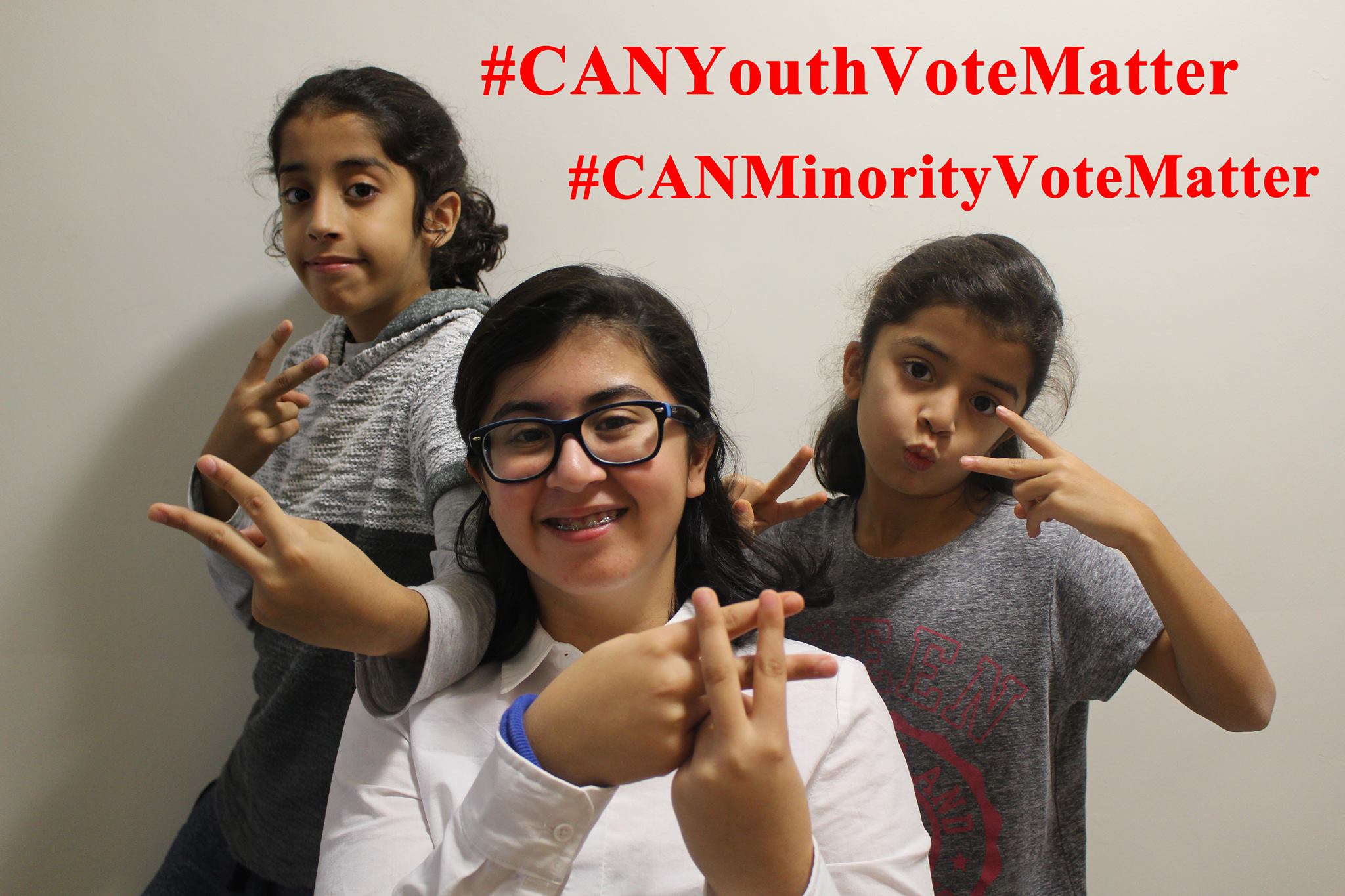 Aalaa, Abdullah & Ayla will invite a guest every Sunday who will talk on the importance of Youth & Minority Vote and how they can become an active and strong part of the election process and have their voices heard.

More information available on www.aalaaconseil.ca and Facebook page at; https://www.facebook.com/pages/category/Personal-Blog/CAN-Youth-Vote-Matter-and-CAN-Minority-Vote-Matter-354264868472370/

Youth and Minority can benefit a lot with their increased participation in the election process. Any legislation made today affects their present and future.

Youth being a quarter and Minority being 1/5th of the total Canadian population, can play a decisive role in the elections and make their elected representatives make legislations that matter to them.

Aalaa is a community youth leader who likes to work on projects especially for her community children, with the help of her siblings and friends. Her project themes include:

She is a writer currently working on her first novel, “Sinking: The only way to grasp reality is to fade from it”. She is a singer, who likes to perform specially for the veterans. She makes video games and she has created characters like Trudy Fruity, Scheer Soda, Sajjan Pie, Mother May and Trumpity Dumpity. She has recently also started two new projects:
1. #CANYouthVoteMatter and #CANMinorityVoteMatter Awareness Campaign.
2. #DAMD (Daughters Against Marijuana Driving) and #DAHD (Daughters Against High Drivers). For more information visit her Facebook page https://www.facebook.com/Aalaa-Rehman-Youth-Leader-892898397454968/