Strange Frequencies is on the 1st and 3rd fridays of each month or sometimes the 2nd or 4th – depends if the month before has 5 fridays or not.

Strange Frequencies will be on break starting January 2013 and will return in september.

Street Hop with DJ Carmelo. All about the Streets and local HipHop. 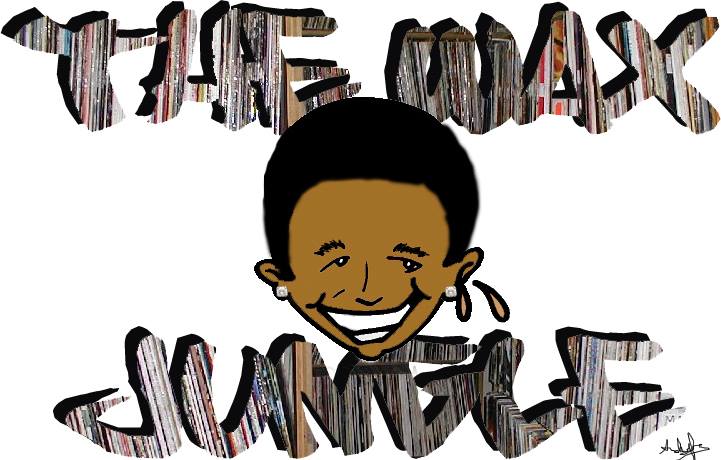 Classic rock album tracks (mostly 60s and 70s stuff-Beatles, Stones, Tull, Purple, Who, Zep, Cream, Pink Floyd, etc. etc.). Show theme: Old bands, old tracks, old bands, new tracks if they’re still releasing music. If you want to hear, say, Jumping Jack Flash by the Stones, you won’t. But if you want to hear something like Jigsaw Puzzle or Shine a Light by the Stones, this is the place to be. That’s what got me doing the show in the first place – my annoyance with hearing the same (albeit great) old tracks by these bands on commercial rock radio playlists when there is so much more to their respective catalogues. So I dig deeper into the grooves of the albums those of us who grew up on 60s and 70s rock grew up on. I throw in some blues on occasion and late 70s early 80s punk/new wave (early Elvis Costello, Joe Jackson, Graham Parker, Clash (generally London Calling to Combat Rock period), heck, Flash and the Pan, etc.). And I’m not averse to throwing in heavier fare like AC/DC, Judas Priest etc. But the foundation of the show is the blues-based rock of the 60s and 70s.

MANO A MANO currently airs on Saturday from 8:00pm to 10:00pm, and again on MAM Rehear on Thursday afternoon.

During the Pre-Mano Battle DJ Adrock and DJ Steel alternate songs to prime the listeners for the battle that ensues.

The Mano A Mano Battle

Each battle DJ Steel and DJ AdRock choose 4 songs based upon a theme chosen specifically for that week. DJ Steel and DJ AdRock alternate their song selection throughout the battle. Once the show is over the listeners along with Mano A Mano’s expert listener can vote for which DJ had the superior music selection for the week. This head-to-head combat style of radio programming is sure to bring you superior song choices each week!

Each Week the Dj’s choose a feature band to play while the listeners are voting. These bands will range from local bands playing nearby shows to major label bands doing some new and interesting.

Afternoon Drive with DJ Cool
EACH WEEK COOL FEATURES TWO SPOTLIGHT ARTISTS AND TELLS YOU WHERE THE BEST PLACES ARE FOR ENTERTAINMENT IN YOUR AREA…GREAT INTERVIEWS WITH WORLD CELEBRITIES AND UP AND COMING STARS….
REGGAE, RANDB, SOCA , OLD SCHOOL AND MORE …..
MUSIC AND TALK

Rebel Time Radio is the live to air branch of the Rebel Time Records community tree. The show is hosted by the Rebel Time Radio Collective (currently Phil, Mike, Elysha and Dan). The show features many underground Canadian artists in the punk/hardcore/ska/crust/old school/oi/street genres, as well as music from other genres and from all over the world.

You’ll also find local music scene news, events and interviews. There is also an attention paid to activism and political ideas / current events throughout the shows.

Tune in, you may be surprised what you hear!

Our past episodes are available as mp3 podcasts (download or stream), via http://www.rebeltimerecords.com

Rebel Time Radio currently airs from the archives on CKMS-FM alternate Saturdays from Midnight to 1:00am.

You can listen live on the radio in the Waterloo region or on the internet.

The Show features discussions of AW@L’s ongoing campaigns and associated issues. Political outrage, ecology, anarchism and resistance are common themes on the show.

We try to use the show as a forum to share information about what we are working on. Most weeks will cover recent or upcoming AW@L actions as well as news from across the country and around the world.

The show also features music from Rebel Time Records, a DIY punk label based out of Kitchener-Waterloo, and other politically themed (mostly punk) music.

AW@L Radio is featured on the Rabble Podcast Network

AW@L Radio is also featured on the Canadian Pocasting Network

Here is our currentish schedule: If the time space is empty, then pitch a show, become a member and program a show! If it has *show name* then it is a syndicated show and we can likely move it around if you want that space. all other shows are on when they say they are on and change when the programmer chooses 🙂